Abrasive blasting, more commonly known as sandblasting, is the operation of forcibly propelling a stream of abrasive material against a surface under high pressure to smooth a rough surface, roughen a smooth surface, shape a surface or remove surface contaminants. A pressurised fluid, typically compressed air, or a centrifugal wheel is used to propel the blasting material (often called the media).

There are several variants of the process, using various media; some are highly abrasive, whereas others are milder. The most abrasive are shot blasting (with metal shot) and sandblasting (with sand). Moderately abrasive variants include glass bead blasting (with glass beads) and plastic media blasting (PMB) with ground-up plastic stock or walnut shells and corncobs. Some of these substances can cause anaphylactic shock to individuals allergic to the media. A mild version is sodablasting (with baking soda). In addition, there are alternatives that are barely abrasive or nonabrasive, such as ice blasting and dry-ice blasting.

Why should sandblasting be pre-treated?

The pretreatment stage of the sandblasting process refers to the treatment that should be carried out on the surface of the workpiece before the workpiece is sprayed and sprayed with a protective layer. The quality of the pre-treatment of the sandblasting process affects the adhesion, appearance, moisture resistance and corrosion resistance of the coating. If the pretreatment work is not done well, the rust will continue to spread under the coating, causing the coating to fall off in pieces. The surface that has been carefully cleaned and the workpiece that is generally cleaned simply can be compared with the coating by exposure method, and the lifespan can be 4-5 times different. There are many methods of surface cleaning, but the most commonly accepted methods are: solvent cleaning, pickling, hand tools, power tools.

What equipment is required for the sandblasting process?

The suction-type solid sand blasting machine is powered by compressed air, and the negative pressure formed in the spray gun through the high-speed movement of the air flow, the abrasive is sucked into the spray gun through the sand conveying pipe and ejected through the nozzle, and sprayed onto the surface to be processed to achieve the desired processing purpose. . In a suction dry blasting machine, compressed air is both the power supply and the acceleration power.

Sa1 level – equivalent to the US SSPC-SP7 level. The general simple manual brushing and abrasive cloth grinding methods are used, which is the lowest level of the four cleanliness levels, and the protection of the coating is only slightly better than that of the untreated workpiece. Technical standard for Sa1 level treatment: The surface of the workpiece should be free of oil, grease, residual oxide scale, rust, and residual paint. Sa1 level is also called manual brushing and cleaning level. (or cleaning grade)

Sa2 level – equivalent to the US SSPC-SP6 level. The sandblasting method is adopted, which is the lowest level in sandblasting, that is, the general requirement, but the protection of the coating is much higher than that of manual brushing. Technical standard for Sa2 level treatment: The surface of the workpiece should be free from greasy, dirt, scale, rust, paint, oxides, corrosion, and other foreign substances (except for defects), but the defects are limited to no more than the surface area per square meter. 33%, may include slight shadow; a small amount of slight discoloration caused by defects and rust; oxide scale and paint defects. If the original surface of the workpiece is dented, slight rust and paint will remain on the bottom of the dent. Sa2 grade is also called commodity cleaning grade (or industrial grade).

Sa2.5 level – is a level commonly used in industry and can be used as acceptance technical requirements and standards. Sa2.5 level is also called near-white clean-up level (near-white level or out-of-white level). Technical standards for Sa2.5 treatment: the same as the first half of Sa2, but the defects are limited to no more than 5% of the surface per square meter, which may include slight shadows; a small amount of slight discoloration caused by defects and rust; oxide scale and paint defects .

Sa3 level – equivalent to the US SSPC-SP5 level, is the highest treatment level in the industry, also known as white cleaning level (or white level). The technical standard of Sa3 level treatment: the same as Sa2.5 level, but 5% of shadows, defects, rust, etc. must not exist.

(5) Lighting effect For some special-purpose workpieces, sandblasting can achieve different reflections or matts at will. Such as the grinding of stainless steel workpieces and plastics, the polishing of jade articles, the mattization of the surface of wooden furniture, the pattern of frosted glass surfaces, and the textured processing of cloth surfaces. 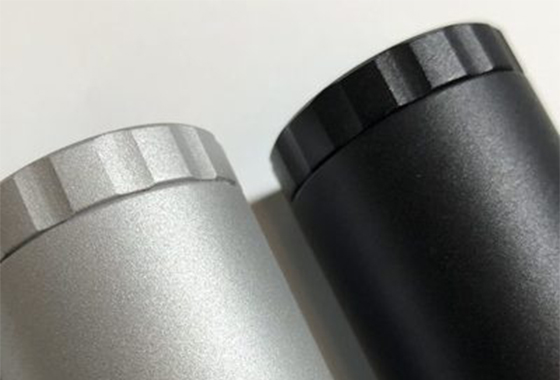 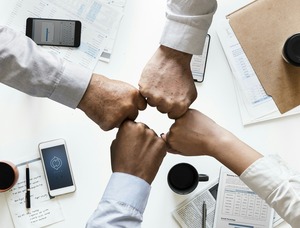